"We cannot change the cards we are dealt, just how we play the hand."

--Randy Pausch A lot of professors give talks titled " The Last Lecture ." Professors are asked to consider their demise and to ruminate on what matters most to them. And while they speak, audiences can't help but mull the same question: What wisdom would we impart to the world if we knew it was our last chance? If we had to vanish tomorrow, what would we want as our legacy? When Randy Pausch, a computer science professor at Carnegie Mellon, was asked to give such a lecture, he didn't have to imagine it as his last, since he had recently been diagnosed with terminal cancer. But the lecture he gave--"Really Achieving Your Childhood Dreams"--wasn't about dying. It was about the importance of overcoming obstacles, of enabling the dreams of others, of seizing every moment (because "time is all you have...and you may find one day that you have less than you think"). It was a summation of everything Randy had come to believe. It was about living. In this book, Randy Pausch has combined the humor, inspiration and intelligence that made his lecture such a phenomenon and given it an indelible form. It is a book that will be shared for generations to come. Questions for Randy Pausch We were shy about barging in on Randy Pausch's valuable time to ask him a few questions about his expansion of his famous Last Lecture into the book by the same name, but he was gracious enough to take a moment to answer. (See Randy to the right with his kids, Dylan, Logan, and Chloe.) As anyone who has watched the lecture or read the book will understand, the really crucial question is the last one, and we weren't surprised to learn that the "secret" to winning giant stuffed animals on the midway, like most anything else, is sheer persistence. Amazon.com: I apologize for asking a question you must get far more often than you'd like, but how are you feeling? Pausch: The tumors are not yet large enough to affect my health, so all the problems are related to the chemotherapy. I have neuropathy (numbness in fingers and toes), and varying degrees of GI discomfort, mild nausea, and fatigue. Occasionally I have an unusually bad reaction to a chemo infusion (last week, I spiked a 103 fever), but all of this is a small price to pay for walkin' around. Amazon.com: Your lecture at Carnegie Mellon has reached millions of people, but even with the short time you apparently have, you wanted to write a book. What did you want to say in a book that you weren't able to say in the lecture? Pausch: Well, the lecture was written quickly--in under a week. And it was time-limited. I had a great six-hour lecture I could give, but I suspect it would have been less popular at that length ;-). A book allows me to cover many, many more stories from my life and the attendant lessons I hope my kids can take from them. Also, much of my lecture at Carnegie Mellon focused on the professional side of my life--my students, colleagues and career. The book is a far more personal look at my childhood dreams and all the lessons I've learned. Putting words on paper, I've found, was a better way for me to share all the yearnings I have regarding my wife, children and other loved ones. I knew I couldn't have gone into those subjects on stage without getting emotional. Amazon.com: You talk about the importance--and the possibility!--of following your childhood dreams, and of keeping that childlike sense of wonder. But are there things you didn't learn until you were a grownup that helped you do that? Pausch: That's a great question. I think the most important thing I learned as I grew older was that you can't get anywhere without help. That means people have to want to help you, and that begs the question: What kind of person do other people seem to want to help? That strikes me as a pretty good operational answer to the existential question: "What kind of person should you try to be?" Amazon.com: One of the things that struck me most about your talk was how many other people you talked about. You made me want to meet them and work with them--and believe me, I wouldn't make much of a computer scientist. Do you think the people you've brought together will be your legacy as well? Pausch: Like any teacher, my students are my biggest professional legacy. I'd like to think that the people I've crossed paths with have learned something from me, and I know I learned a great deal from them, for which I am very grateful. Certainly, I've dedicated a lot of my teaching to helping young folks realize how they need to be able to work with other people--especially other people who are very different from themselves. Amazon.com: And last, the most important question: What's the secret for knocking down those milk bottles on the midway? Pausch: Two-part answer:

2) discretionary income / persistence Actually, I was never good at the milk bottles. I'm more of a ring toss and softball-in-milk-can guy, myself. More seriously, though, most people try these games once, don't win immediately, and then give up. I've won *lots* of midway stuffed animals, but I don't ever recall winning one on the very first try. Nor did I expect to. That's why I think midway games are a great metaphor for life. --This text refers to the Hardcover edition. 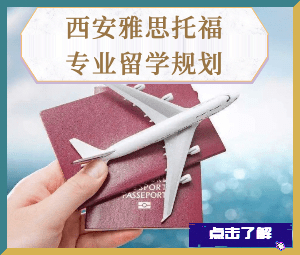